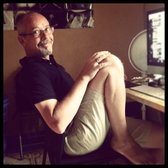 The Village Explainer has been on hiatus recently, due to professional commitments, but recent events